Great Children's Movies Based on Toys

Can you imagine creating a film where the heroes were your children's favorite toys? Today, we'll go over some of the best children's movies based on toys. 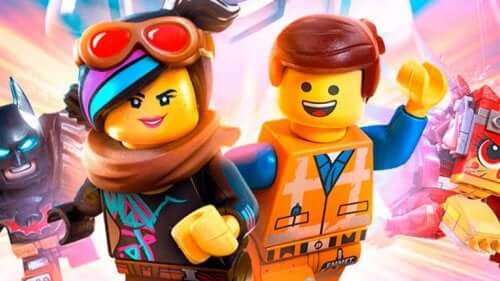 Today we’ll look at several great children’s movies based on toys. Toys and games are an essential part of children’s lives. Playing helps them develop their imagination, creativity, and even their own unique personalities.

In fact, toys are so important for children that some have become classics that transcend from one generation to the next. What’s more, some have even come to inspire the film industry.

Without a doubt, some of your own favorite childhood games have already come to mind… And more so if your own children play with those same toys today! So, continue reading to find out which of these classics have made their way onto the big screen.

Children’s movies based on toys

These fun and colorful dolls with hair that stands straight up were one of the most popular and iconic toys of the 1990s. However, you might not know that their creation actually dates back to the year 1959!

And back then, they became just as big a fad as they did in the 90s. But that’s not all. Trolls finally made their way to the box office in 2016 in a movie that carried their name, produced by DreamWorks.

The success of the cinematographic version has made Troll dolls, once again, a favorite among children today. And, of course, there’s plenty of other Troll-themed merchandise on the market, from school supplies, to clothing, to bedroom decor.

Let’s be honest, who doesn’t adore these marvelous characters? After all, their favorite pastimes are dancing, singing, and hugging! If you and your children are among their fans, then we’ve got great news. Rumor has it that the sequel to Trolls will hit the big screen. Oh, and you can also enjoy watching the Trolls cartoon series on Netflix!

If we’re going to talk about classic, traditional toys, then we can’t fail to mention Legos. No matter how old you are, whether you’re a child or an adult, Legos never lose their allure. Starting off as mere building blocks, today Legos make up an entire world for children – and adults – to explore.

Legos provide endless possibilities when it comes to construction, imagination, and innovation. From castles to skyscrapers, to space stations, to miniature versions of national monuments… You can create anything your heart desires.

Given the gigantic success of these toys, the success of the 2014 Lego Movie comes as no surprise. The movie grossed around 500 million dollars. We recommend enjoying this film and its wide array of characters with your entire family.

“The LEGO Movie is a fun adventure with heart and originality that everyone (regardless of age) should experience in full, big-screen 3D grandeur.”
– Kofi Outlaw –

Third on our list of movies based on toys is Playmobil: The Movie. If above we said that Legos are one of the most popular traditional toys, then Playmobil is right up there with them. The evolution of these dolls and their accessories is as great as the spaces they inhabit… A farm, a shopping mall, a plane, a hospital, a pirate ship, and so many more.

So once again, film directors saw the opportunity to reach the children of today, and those of yesterday. On Animation Studios released the movie earlier this year, which stars the voices of Daniel Radcliffe, Meghan Trainor, and more.

If you were a child or a preteen right after the turn of the century, then you’re sure to be familiar with Bratz dolls. These dolls came to stay, as they became an instant favorite for children after their 2001 release. Kids were fascinated by the possibility of collecting each doll, adding to their wardrobes, and even obtaining their convertible.

Bratz dolls are somewhat similar to Barbie dolls, but are much more daring. Their success led to the production of several animated films starring the dolls. What’s more, following the success of the cartoon movies, the producers went on to produce a live-action version in 2007.

More movies based on toys

Another classic toy that generation after generation has enjoyed is, without a doubt, Barbie. There are almost 40 films that make up the collection starring this iconic doll. The first Barbie in the Nutcracker made its debut in 2001 thanks to Mainframe Entertainment.

However, none of these movies made their way to the big screen. Rather, they were produced directly for VHS, at first, and later for DVD.

You may be asking yourself how the world’s most famous doll never had a box office hit with her name on it. Fortunately, that’s all about to change. Next year, Barbie will have her own movie starring real-life actors and actresses. And we can’t wait to see it!

These fantastic robots that transform in a matter of seconds have been a hit among children since the 1980s. However, it wasn’t until 2007 that the franchise took its characters to movie theaters. And, of course, they encountered huge success. Since then, 5 more movies starring these heroic robots have made their way to the big screen.

So, whether your kids are fans of these classic toys, or you’re just feeling nostalgic, don’t wait to start enjoying these great movies based on toys.

3 Popular Children’s Movies Based on Books
Movies and reading can make the perfect combination for children learning to read. In this article, we'll looks at three children's movies based on books. Read more »
Link copied!
Interesting Articles
Games and cartoons
Among us: The Secret Behind the Success?