Summer is a time to cool off and play. What better combination than water and games? 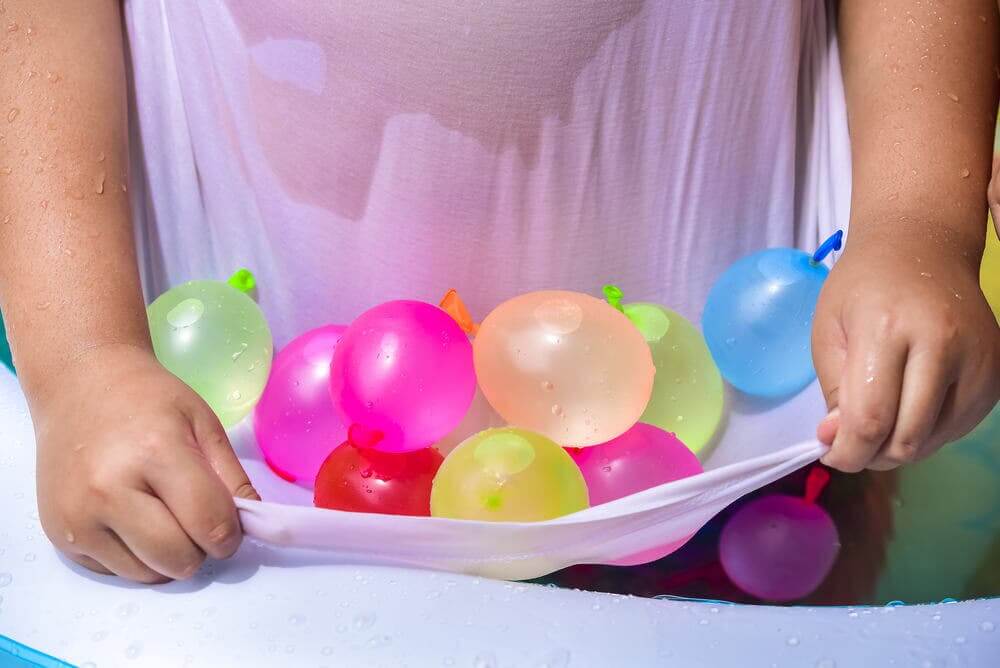 Summer is synonymous with heat. We can often enjoy the beach or pool for a few days of our vacation, and others can enjoy it all summer long because of the proximity. However, for many people this isn’t always possible. To be able to cope with those really hot days, we’re bringing you some of the best water games for summer fun. Everyone, whatever their age, is sure to enjoy these games and there’ll be plenty of laughs.

Sitting in a circle, the children will have to pass a water balloon to each other. The trick here (which makes it so much fun) is that the balloon shouldn’t be passed round in a circle. It should be passed (or thrown) to any child in the circle. So, the children have to be constantly on the alert!

Children will improve their attention span and their ability to react to unexpected events, while having great fun at the same time.

The children will be eliminated from the game if the water balloon hits the ground. If you want to add even more fun and excitement to the game, then little by little add more balloons to bring faster reactions from the children.

Place as many bowls as there are participants, at a certain distance from the child, depending on the difficulty required. The game consists of throwing a small ball into the bowl from that distance. You can agree on how many shots each person can have before you start. The child with the least “baskets” will have their bowl emptied over their head!

Depending on the children’s age, you can alter the rules of this game. If the children are seven years old and upwards, then you can create a shelter area where they can keep supplies, which, in this case, are water balloons.

This area can also serve as a rest area. You must also define the battle zone and “punish” any player who exceeds it by firing water at them.

If, on the other hand, the children are younger, then you can just allow an all-out war with the water balloons. However you do it, we can guarantee you’ll have great fun. A perfect way to spend a hot summer day!

As you may have guessed, this game is a variant of the traditional limbo game. The only difference is that, instead of using a stick or a rope to mark the limit, you’ll use a hose. In this way, the children will have fun trying to get to the other side while, at the same time, cooling off with the water that’s continually coming out of the hose.

It’s a very simple game, but original at the same time, and it will test the children’s ability to pass under the hose.

Put the children in teams, and give each child a plastic cup. The first child will have a full cup of water while the rest will have empty cups. The game consists of passing the water from one cup to another in the team. When the water reaches the last person in the team, the team with the most water wins. You can do several rounds of the game before discovering which team has won.

You can add some great twists to the game. Not only will they have to pass the water from one to the other, but you can tell them how they have to do it.

Before you start each round, tell them the position they have to be in or what they have to do while passing the water. For example, holding the cup in their mouths with no hands allowed, jumping, or lying on the floor. The possibilities are endless! The children will have fun and be able to cool off at the same time with this original and simple game.

This is another version of the classic Spanish handkerchief game. For those of you who aren’t familiar with it, there are two teams and one person in the middle who holds up a handkerchief. That person then calls out a number and the two people with that number have to run to grab the handkerchief first and then run back to their team.

However, the difference here is that, instead of having a handkerchief, there’ll be a bowl full of water balloons placed between the two teams. The children whose numbers are called have to run and get a water balloon and try to hit their opponent with it. The team that is “least wet” at the end of the game wins.

We hope you’ve enjoyed our selection of water games for the summer. Now you just have to organize a water party! Click below to see another great selection!

Water Games for Children to Play This Summer
Water games are some of the most fun activities during childhood. They help fight the heat, as well as promote group activities. Read more »
Link copied!
Interesting Articles
Sports and activities
4 DIY Craft Ideas for Birthday Parties on a Budget