Perinatal psychology is responsible for studying the bonds that form between babies and their mothers before birth. So, what have these studies revealed? 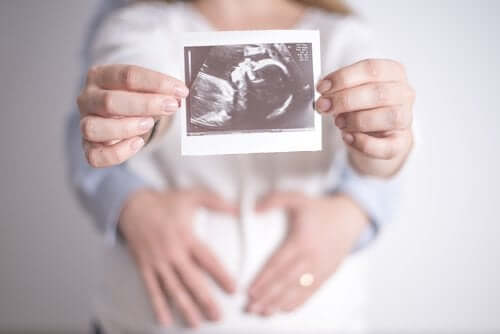 You’re probably thinking: The psychology of a fetus?! Perinatal psychology is a specialty that studies the emotional bonds between a mother and her baby prior to birth. It also looks at what a fetus may feel or perceive while in the mother’s womb.

From the time we discover we’re going to be parents, our worries begin to change. We focus on being careful with our habits so that our fetus grows healthy and strong, watching our nutrition, sleeping habits, and other factors.

We go to all the gynecological checkups and are attentive to every ultrasound and exam. In short, we do our best to care for every physical aspect of our babies. But… what about our fetus’s psychological well-being?

Perinatal psychology is a science that looks to answer countless questions that parents ask themselves about what our unborn babies feel and experience. For example, Can my baby notice when I’m angry? What does the baby feel during birth? Why does my baby kick when I talk?

Perinatal psychology: What do babies sense in the womb?

As we’ve mentioned, perinatal psychology is responsible for analyzing what a fetus is capable of feeling before birth. Babies have amazing perceptive capacities while in the womb, and these translate into emotions:

The sense of touch

Our children like it when we caress them while they’re still in our bellies. The sense of touch is the first to develop. This explains why our little ones react when someone touches or pushes on a pregnant mother’s belly.

However, according to a study conducted by the University of California, the same isn’t true regarding pain. Perceiving pain requires the development of certain centers of the brain that don’t appear until the 29th week of gestation.

The sense of hearing

Does classical music relax babies in the womb? After week 22, it’s likely so. This is when little ones start to develop their sense of hearing. That being said, the most relaxing sound for them is their mother’s voice.

By the end of the 6th month of gestation, mothers notice that their babies jump when a door slams, for example. At the same time, babies may become agitated or calm down based on the tone of voice we use to speak to them. Furthermore, they soon learn to recognize our voice.

The perception of emotions

If you’re feeling sad, your baby will notice – even if you don’t cry or yell, and you try to act as if everything’s fine. Intense emotions, both positive and negative, produce changes in our hormone levels. And these changes are perceptible to unborn babies.

In fact, when feelings are too intense, they can even influence fetal growth. What’s more, they can also increase a woman’s chances of giving birth prematurely.

Perinatal psychology studies the emotional bonds between a mother and her future baby.

Do intrauterine experiences have an influence on a baby’s life?

Various studies on human embryology have concluded that psychological activity exists during the final stages of gestation. This affirms that psychological development begins at the moment of conception. What unborn babies feel and perceive begins to influence their attitudes and expectations regarding themselves and the world that awaits them.

Therefore, an important part of an individual’s temperament and abilities start to form during gestation. All this occurs while his or her different body parts are taking shape.

Our babies are connected to us. Therefore, our feelings impact them too, leaving an imprint on their future personality. This doesn’t mean occasional feelings of stress will forever mark the lives of our children. However, deep and constant feelings of depression do have an impact on a child’s development.

At the same time, a father’s role is of vital importance during pregnancy. A caring and sensitive father offers constant emotional support to his partner. What’s more, it’s important for fathers to interact with their unborn children to help them reach their maximum potential.

The Harmful Effects of Family Problems during Pregnancy
Living in a home where there are a lot of family problems is not just a cause of stress. It can also be harmful during pregnancy. Read more »
Link copied!
Interesting Articles
Prenatal care
Prenatal Checkups During Pregnancy