The Consequences of the Estivill Method

The Estivill method became known for its good sleep results in babies. However, there are many cases of adults who suffer its consequences, even today. Before applying it to your baby, read this article. 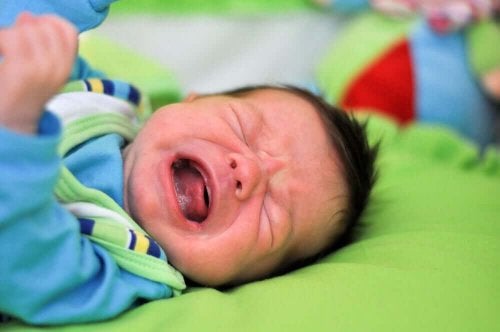 As babies don’t come with instruction manuals, parents sometimes need to resort to expert opinions. However, some of them aren’t as beneficial as they seem. In this article, we’re going to address the consequences of the Estivill method, one of the most controversial infant sleep training methods.

Dr. Eduard Estivill’s method consists of a set of guidelines for teaching babies the habit of sleeping. The goal is for sleep to become a routine and mechanical activity in babies. Its basic recommendations include:

The key guideline is to let the baby cry

However, the best-known and most controversial guideline for this method is the one the doctor proposes for cases in which the above recommendations aren’t enough and the baby cries.

When the baby is crying, parents have to stay away from their room and not come console them until after an allotted time. At first, it’ll be a one-minute wait, then three, then five, and even 15 minutes.

The efficacy of the Estivill method

This sleep training system, which people have practiced for more than 15 years, has yielded relatively good results. Many parents noticed that their babies stopped crying at night and remained silent without demanding their attention.

The consequences of the Estivill method

Yes, we know that what parents want is for their baby to fall asleep and remain calm until morning. Nobody likes to spend the night awake with a baby when they have to get up early the next day. Thus, this method seems to offer the magic solution.

However, you have to put yourself in babies’ shoes. Babies rely on instincts, as their brains aren’t developed enough to manipulate or deceive. If your baby cries at night, they aren’t a tyrant, rude, nor want to mess with you. Instead, they really feel that their life is in danger.

Crying is a natural function that has helped our species survive for many years. A baby can’t understand that they’re safe in their crib or that you have to work tomorrow. They only know that they depend on you for everything and that, at that moment, they’re absolutely alone in the darkness of the night.

In this situation, the baby begins to produce cortisol, due to their high stress and anguish levels. The feeling of helplessness greatly increases the possibility of future consequences. Anxiety, depression, low self-esteem, or inability to defend themselves are just some of the consequences of the Estivill method.

Your baby has the right to be cared for and protected by their parents. If you let them cry alone in the dark for increasingly longer periods of time, you aren’t teaching them to fall asleep, you’re teaching them that they’re alone in the world. This goes against all natural instincts.

Therefore, it’s essential not to ignore that inner voice that tells you to hold your distressed baby in your arms, above any external recommendation.

If you’ve applied or been a recipient of this method, you can participate in a study that’s currently being conducted on its effects.

Co-Sleeping or Bed-Sharing: What’s the Best Option?
Deciding between co-sleeping and bed-sharing is a personal decision. We'll talk about what to consider to help you decide what's best for you. Read more »
Link copied!
Interesting Articles
My baby won't sleep
Tips to Help Your Baby Sleep Better