Discover the Most Famous Stories by The Brothers Grimm

We all know and remember classic children's stories like the back of our hands. But do you know who wrote them? Today, we'll tell you about the most famous stories by the Brothers Grimm. 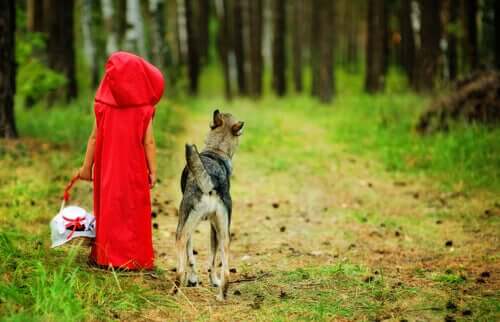 To a greater or lesser degree, we’ve all heard and read many classic traditional classic children’s stories. For example, Little Red Riding Hood, Hansel and Gretel, Sleeping beauty – all famous stories by the Brothers Grimm.

For many years, Disney has taken on the task of putting many classic children’s stories on the big screen through animation. However, despite our familiarity with these stories, we’re often unaware of who originally created them or what literary collection they belong to?

In the paragraphs below, we’ll tell you more about the most famous stories by the Brothers Grimm, two brothers who wrote a collection of stories that countless children have come to love.

The creation of the stories by the Brothers Grimm

Jacob Grimm and Wilhelm Grimm were born, respectively, in 1785 and 1786. More than two hundred years have gone by since then, but their collection of classic children’s stories continues to be read and enjoyed by children today.

Stories by the Brothers Grimm are often among the first stories children hear when they’re young. What’s more, they’re some of the most well-known in history. Back in the day, it was common for parents to pass these stories onto their children orally since very few people had access to written materials.

Most of the stories by the Brothers Grimm now exist in more than a hundred different languages. And, of course, we can’t forget to mention the endless adaptations to the big screen by Disney and other production companies.

However, something about these stories has definitely changed. The truth is, the Brothers Grimm used a great deal of violence and cruelty in their original collection. And many times, the content was actually quite inappropriate for little ones.

Therefore, with time and after much insistence, they gave in and created versions that were more child-friendly. Below, we’ll mention just a few of the most famous ones.

The most famous stories by the Brothers Grimm

The most famous shoes in all of history… The dreaded bells of midnight… The most magical fairy godmother of all time… An evil stepmother and her two horrible daughters… And, of course, our favorite princess, Cinderella. These are just a few of the elements that make up one of the most famous stories by the Brothers Grimm.

Another classic children’s story by Jacob and Wilhelm Grimm features a small girl who stands out because of her red riding hood. A story with a very important moral, it teaches little ones that they should never put their trust in strangers.

“Hansel took his little sister by the hand, and followed the pebbles which shone like newly-coined silver pieces, and showed them the way.”

The next story on our list is Hansel and Gretel, a story that gives us a glimpse of the violence and cruelty we mentioned above. In this case, the story tells of a witch who lures a brother and sister to her home and then locks them in a cage in hopes of eating them.

Snow White, another one of the most famous stories by the Brothers Grimm

Snow White is once of the German legends that has made the most impact on a worldwide level. Many adaptations have been made of the story. However, in all of them, the main characters are a sweet young girl and 7 hardworking dwarfs. The level and cruelty of the witch are also present in all of the adaptations.

The Wolf and the Seven Young Goats

While this story isn’t as well-known as the others on our list, adults have often used it to teach children to be wary of strangers. And, given that children love stories that include animals, this story is a favorite among many.

This classic children’s story is one that has taken on the most different versions of the course of its history. However, the version most of us know today is the one created by Charles Perrault, another great creator of children’s literature.

However, this version of The Sleeping Beauty that we all know still includes many of the original elements from the original Grimm’s story. Therefore, we have to give them partial credit.

As you can see, some of the most famous stories by the Brothers Grimm are those we grew up hearing and that our children have come to love as well. Even if you’ve seen them in the movies, don’t miss the chance to read these classic children’s stories to your kids. They’ll definitely enjoy it!

Hansel and Gretel, One of the Greatest Stories of all Time
It's not just a fun story. Hansel and Gretel teaches many values to even the youngest kids. It's a wonderful story that all children should know. Read more »
Link copied!
Interesting Articles
Children's stories
Children's Books to Give for Christmas

Children's stories
I Wasn't Invited to the Birthday: A Book Full of Magic

Some stories are so simple and understandable for children, while containing essential messages for personal development. When these types of…

Alzheimer's is one of the most commonly diagnosed diseases today. So it's very important for children to know what happens…

Children's stories
Discover the Best Children's Libraries in the World

Today, we want to leave you with a selection of the best children's libraries in the world. Don't hesitate to…