Birth Traditions Around the World

Cultural practices structure our lifestyle and, ultimately, our way of being in the world. Giving birth is a universal experience that, due to cultural differences, women experience differently in each part of the world. In this article, discover birth traditions around the world! 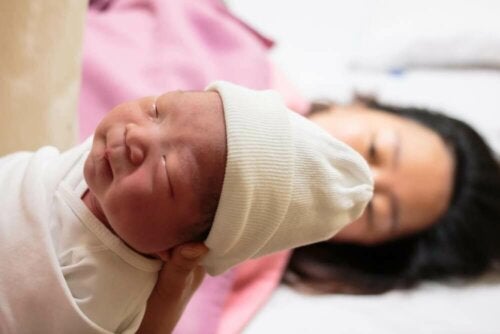 Despite being a universal fact of life, people experience birth in a unique way. This occurs through the different cultures of the world, through their unique customs and rituals. In this article, we share some birth traditions around the world.

Birth traditions around the world: East

In Japan, numerous motherhood and birth traditions and cultural practices exist. One of the most common is that the new mother stays in her parents’ home for three weeks after giving birth. This custom arises from the belief that birth doesn’t end with delivery.

On the other hand, one of the most peculiar Japanese customs is Setsubun no Nakizumo, which they celebrate during the spring solstice. As Japanese culture, literature, and history professor Herbert Plutschow explains, for this celebration, babies, held by sumo wrestlers, are placed facing each other until they start crying.

For the Japanese, crying has divinatory qualities. This ritual has taken the name of Nakizumo, which literally means “crying zumo”.

In China, Manyue takes place. This is a party dedicated to the celebration of the birth of a baby, in which the guests bring gifts for the newborn. Unlike the classic Western baby shower, they celebrate Manyue after birth.

Some Arab countries, such as Pakistan, celebrate Aquiqah, a cultural and religious custom dedicated to birth and whose purpose is to name the baby. This celebration takes place seven days after birth. During it, people shave the baby’s head and sacrifice an animal.

In Burkina Faso’s Dagara tribe, there’s a tradition called The Listening Ritual. As Sonbofu Somé, a native of this tribe, explains, the purpose of this ritual is to listen to the baby to get to know them. Based on this, they get a name. For this tribe, names are energy. In other words, they consider them to be life forces that serve as their guide.

For his part, as Damiola Dimeji-Ajayi relates, in Nigeria, Omugwo is practiced. This is a traditional custom focused on postpartum care. Damiola explains that, during Omugwo, it’s the maternal or paternal grandmother’s responsibility to provide postpartum care to both mother and baby.

Birth traditions around the world: West

Wetting the baby’s head is a popular birth tradition that people celebrate in the United Kingdom, Ireland, Australia, and New Zealand. According to Victoria Williams, it’s very similar to the well-known baby shower. However, it’s for fathers instead of mothers.

The tradition is that the father meets with his male friends and family to mark the birth, drinking one or more alcoholic beverages.

By contrast, in the Netherlands, although they’re now becoming increasingly popular, home births have a long historical and cultural history. Currently, in this country, 20% of women give birth at home. They do this not only because it’s very popular but also because of the multiple aids from government agencies.

“But do not despise the lore that has come down from distant years; for oft it may chance that old wives keep in memory word of things that once were needful for the wise to know.”

In short, we can say that culture shapes and configures our way of being in the world. Through different traditions and customs, multiple ways of experiencing birth, a universal experience, arise.

The Stages of Childbirth: What You Should Know
Learning what happens in all the stages of childbirth can be key to preventing fear and uncertainty. You'll know what's happening to your body. Read more »
Link copied!
Interesting Articles
Giving birth
What to Do During an Out-of-Hospital Birth

Stages of labor and birth
The Stages of Childbirth: What You Should Know

Knowing what happens during the different stages of childbirth is important for future moms. It will help them better cope…

After a woman gives birth and returns home, a period of important changes starts that sometimes doesn’t correspond with what…