Today we're bringing you original boys and girls' names inspired by astronomy, and they may inspire you for the name of your next baby! 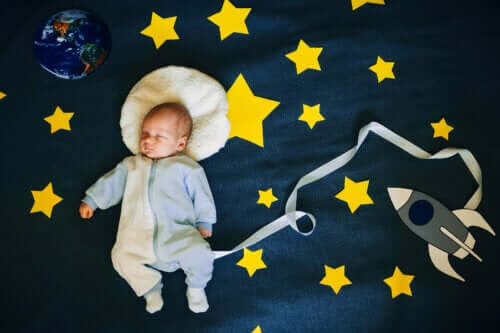 When you find out you’re pregnant, one of the first things you start to think about is whether your little one will be a boy or a girl. As you do that, you start to think of possible names for them, both male and female. Stay with us as we look at names inspired by astronomy.

Some people are clear about their child’s name right from the very start, for many different reasons. Others, however, aren’t so clear about it, and so they look for inspiration in different places. There are all sorts of very different names these days, often with meanings in other languages and cultures, and parents are considering them more and more as names for their children.

Because of this, today we’re going to bring you a selection of different child names based on the world of astronomy. You’ll discover many names that you’ve probably never heard of before. Who knows if you’ll love them so much that they’ll become some of your top choices for your baby’s name?

We hope this selection of boys and girls’ names inspired by astronomy will inspire you to find an original and unique name for your future baby.

12 African Names for Girls and Their Meanings
African names for girls are a great option if you want your little one to have a name that’s linked to nature, love and beauty. Read more »
Link copied!
Interesting Articles
Prenatal care
Different Types of Pregnancies